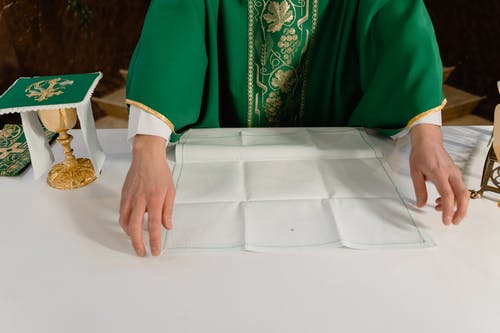 When He opened the seventh seal, there was silence in heaven for about half an hour. 2 And I saw the seven angels who stand before God, and to them were given seven trumpets. 3 Then another angel, having a golden censer, came and stood at the altar. He was given much incense, that he should offer it with the prayers of all the saints upon the golden altar which was before the throne. 4 And the smoke of the incense, with the prayers of the saints, ascended before God from the angel’s hand. 5 Then the angel took the censer, filled it with fire from the altar, and threw it to the earth. And there were noises, thunderings, lightnings, and an earthquake.

6 So the seven angels who had the seven trumpets prepared themselves to sound.

7 The first angel sounded: And hail and fire followed, mingled with blood, and they were thrown to the earth. And a third of the trees were burned up, and all green grass was burned up.

10 Then the third angel sounded: And a great star fell from heaven, burning like a torch, and it fell on a third of the rivers and on the springs of water. 11 The name of the star is Wormwood. A third of the waters became wormwood, and many men died from the water, because it was made bitter.

13 And I looked, and I heard an angel flying through the midst of heaven, saying with a loud voice, “Woe, woe, woe to the inhabitants of the earth, because of the remaining blasts of the trumpet of the three angels who are about to sound!” 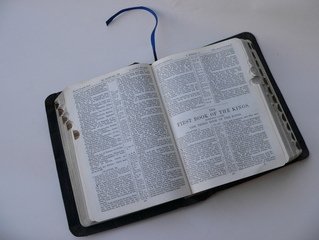 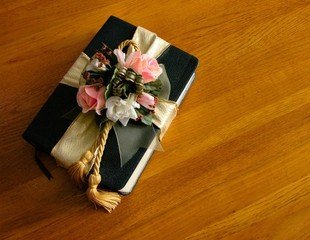 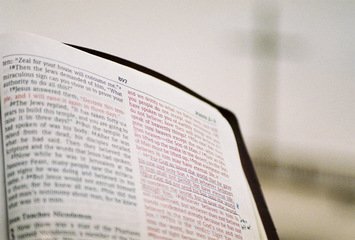