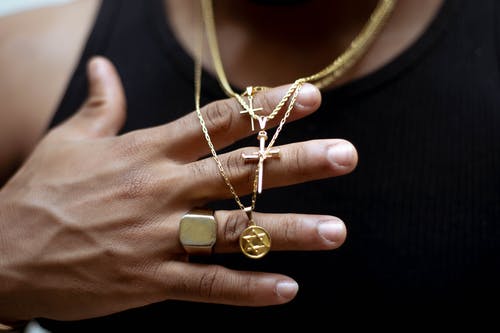 When Ahaz, son of Jotham and grandson of Uzziah, was king of Judah, King Rezin of Syria and Pekah son of Remaliah, the king of Israel, set out to attack Jerusalem. However, they were unable to carry out their plan.

2 The news had come to the royal court of Judah: “Syria is allied with Israel against us!” So the hearts of the king and his people trembled with fear, like trees shaking in a storm.

3 Then the Lord said to Isaiah, “Take your son Shear-jashub and go out to meet King Ahaz. You will find him at the end of the aqueduct that feeds water into the upper pool, near the road leading to the field where cloth is washed. 4 Tell him to stop worrying. Tell him he doesn’t need to fear the fierce anger of those two burned-out embers, King Rezin of Syria and Pekah son of Remaliah. 5 Yes, the kings of Syria and Israel are plotting against him, saying, 6 ‘We will attack Judah and capture it for ourselves. Then we will install the son of Tabeel as Judah’s king.’ 7 But this is what the Sovereign Lord says:

10 Later, the Lord sent this message to King Ahaz: 11 “Ask the Lord your God for a sign of confirmation, Ahaz. Make it as difficult as you want—as high as heaven or as deep as the place of the dead.”

13 Then Isaiah said, “Listen well, you royal family of David! Isn’t it enough to exhaust human patience? Must you exhaust the patience of my God as well? 14 All right then, the Lord himself will give you the sign. Look! The virgin will conceive a child! She will give birth to a son and will call him Immanuel (which means ‘God is with us’). 15 By the time this child is old enough to choose what is right and reject what is wrong, he will be eating yogurt and honey. 16 For before the child is that old, the lands of the two kings you fear so much will both be deserted.

17 “Then the Lord will bring things on you, your nation, and your family unlike anything since Israel broke away from Judah. He will bring the king of Assyria upon you!”

18 In that day the Lord will whistle for the army of southern Egypt and for the army of Assyria. They will swarm around you like flies and bees. 19 They will come in vast hordes and settle in the fertile areas and also in the desolate valleys, caves, and thorny places. 20 In that day the Lord will hire a “razor” from beyond the Euphrates River—the king of Assyria—and use it to shave off everything: your land, your crops, and your people.[i]

21 In that day a farmer will be fortunate to have a cow and two sheep or goats left. 22 Nevertheless, there will be enough milk for everyone because so few people will be left in the land. They will eat their fill of yogurt and honey. 23 In that day the lush vineyards, now worth 1,000 pieces of silver, will become patches of briers and thorns. 24 The entire land will become a vast expanse of briers and thorns, a hunting ground overrun by wildlife. 25 No one will go to the fertile hillsides where the gardens once grew, for briers and thorns will cover them. Cattle, sheep, and goats will graze there.